WAPPA Member and Principal of Marble Bar PS, Shane Wilson, has had a double reason to celebrate recently, as his school has been named one of six finalists in the Premier’s Science Awards, whilst last week Shane was awarded a Teacher Fellowship at the Commonwealth Bank Teaching Awards in Sydney.

The school embraces opportunities for Aboriginal elders, industry leaders, and organisations to engage two-way as part of an integrated, culturally responsive and enterprising school community. Cultural knowledge, skills and aspirations are imparted by Aboriginal elders and strategically aligned to STEAM capabilities including creativity, cultural intelligence, problem-solving and teamwork. 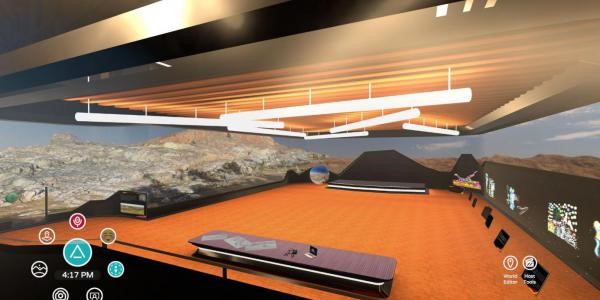 At the Perth Convention and Exhibition Centre in June, the school’s innovation team including Principal Shane Wilson, STEAM Coordinator George Pantazis and Operations Manager from the school’s industry partner, Airborne IT Marc French welcomed over 663 participants including staff and students from over 80 Western Australian schools, DoE corporate executive and industry partners. In addition, 200 virtual international guests from Japan, UK, EU, New Zealand and the USA interacted with local Marble Bar students with a stunning and live 3D Marble Bar world gallery that has sparked significant local and global interest.

Students depict their two-way STEAM concepts on paper and scaled up canvas, guided by community leaders from the local Indigenous community. Students then transform their work into 3D images for a Virtual World Gallery using innovative techniques including Google’s Tilt Brush design program. 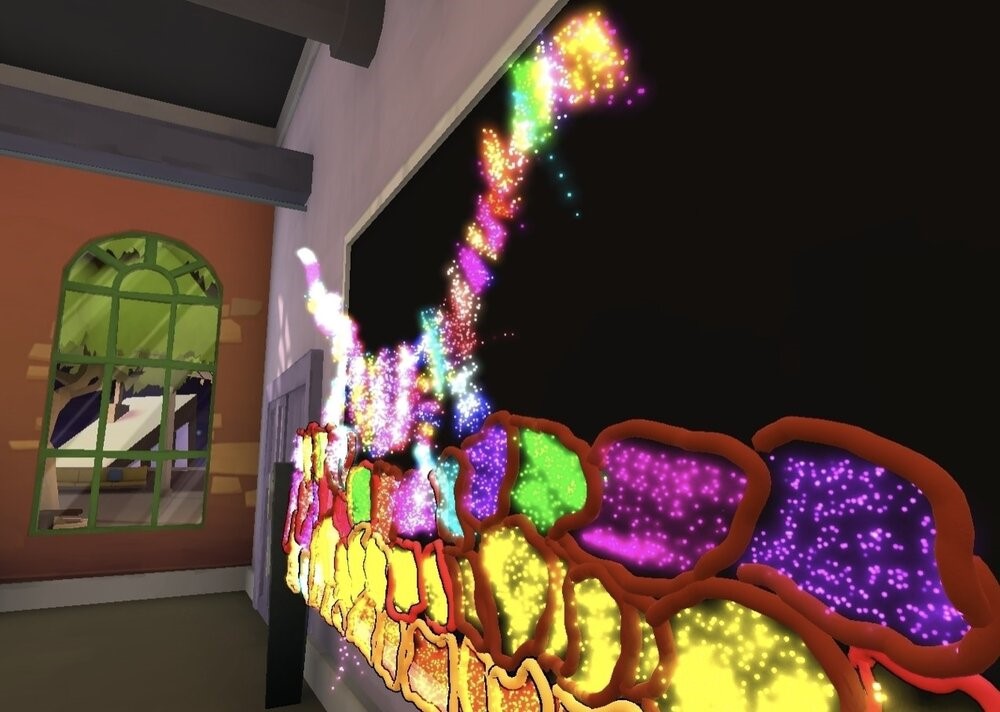 Julie Whalebone, Marble Bar resident and parent to some of the students involved in the VR World Gallery commented on the positive impact the project had for not only her children’s education but also for showcasing Aboriginal art and culture to the world.

“It has been great to see my kids and their fellow students going through an engaging and hands-on educational journey to create these amazing pieces of work”, said Julie.

“This initiative has sparked curiosity and passion amongst our students while also encouraging learning about and deeper understanding of our rich Aboriginal culture and history. I hope we can see more of these types of projects in the future”.

Members of Parliament including the Hon. Terry Healy, MLA, have engaged with Marble Bar Primary School’s work at WA’s STEM Expo and enthusiastically shared via Twitter with the Minister of Education, the Hon. Sue Ellery, MLC. All of these innovations exemplify the school’s professionalism and contributions to 21st century culturally responsive Science teaching. As reported by the Australian Teachers’ Magazine: “MBPS’s STEM program is closing the gap between Indigenous and non-Indigenous student learning outcomes. Aboriginal and Torres Strait Islanders have called for a new phase of reforms, emphasising empowerment, self-determination and community- led initiatives that ensures equity can be realised. Marble Bar’s STEM program epitomises the promise of this changed tack”.

Marc French, Operations Manager at Airborne IT originally introduced Virtual Reality to the school in 2020. The Marble Bar Primary School community has now taken this innovation to a new level by building a Virtual Reality Art Gallery on Altspace VR – a well-known, premier online place to view and attend events in 3D. This is being used to preserve and show-case the area’s critically endangered local Indigenous language, Nyamal.

The school is building on the impact of its culturally responsive STEAM on students from around the globe by collaborating with, for example, school colleagues and Virtual Developers in the Americas, Asia and Europe.

The winners of the Premier’s Science Awards will be announced at a ceremony on 29 August at Optus Stadium.