At this year’s State Assembly, we concluded Day 1 with our AGM, Awards presentation and Sundowner. WAPPA Vice President, Ash King, was the Master of Ceremonies, doing a wonderful job of Acknowledging Country in Noongar, before starting the proceedings. Four awards were presented, to a range of people who have contributed in a significant way to WAPPA and WAPPA members, over a number of years.

These awards were presented to:

Detailed citations for each award recipient can be found in our 2022 Annual Report.

It certainly was a special moment for Ian, as he capped of a month of Life Memberships with AGPPA and APPA, leaving the one closest to his heart, till last! Ian gave a touching speech, thanking the people who had helped make WAPPA what it is today, reminiscing on where it started and how he is proud to have helped steer the association through changing times. Ian spoke fondly of his commitment to the national associations and his ability to always advocate for primary schooling and primary leaders, at a state and national level. 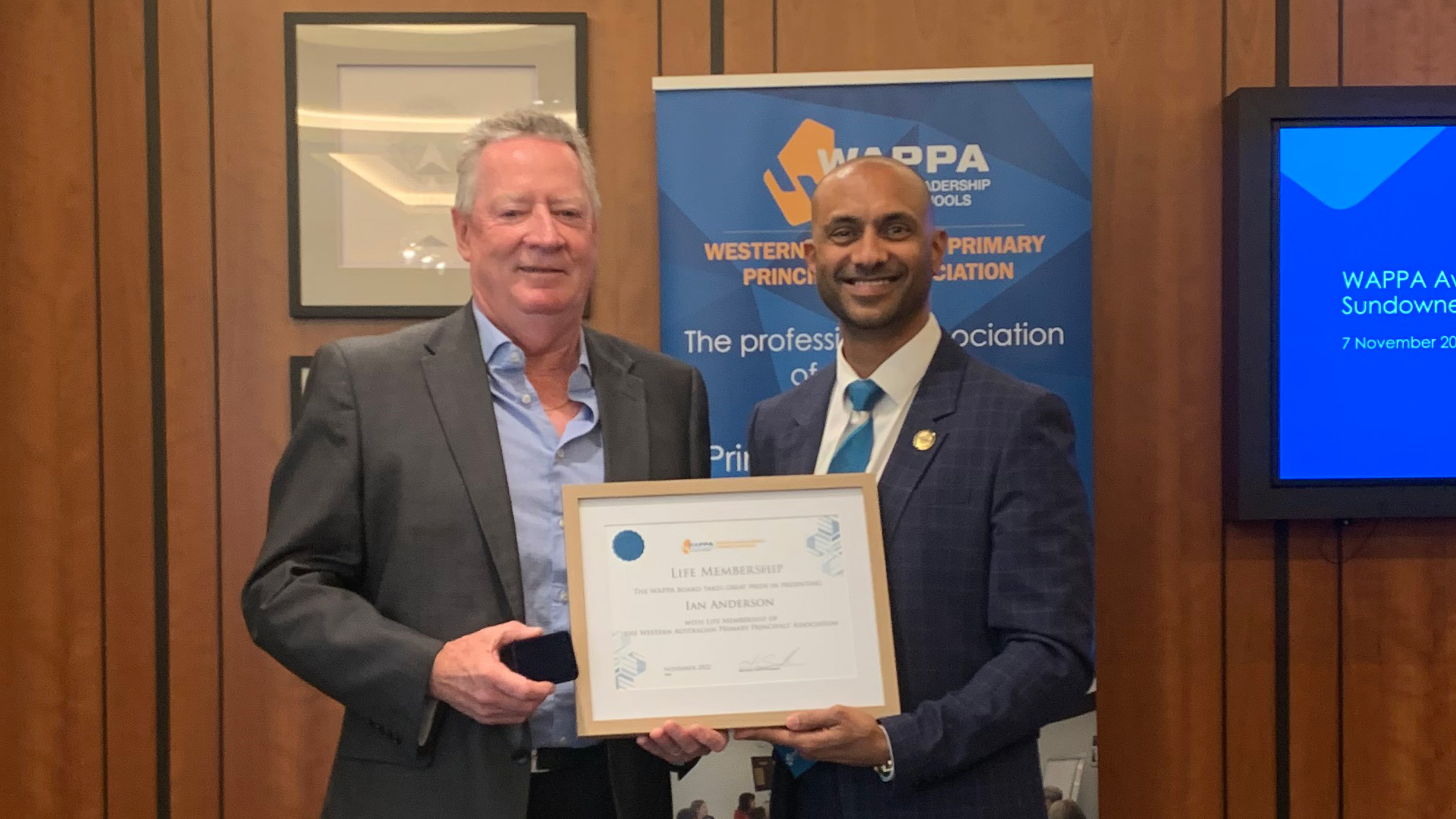 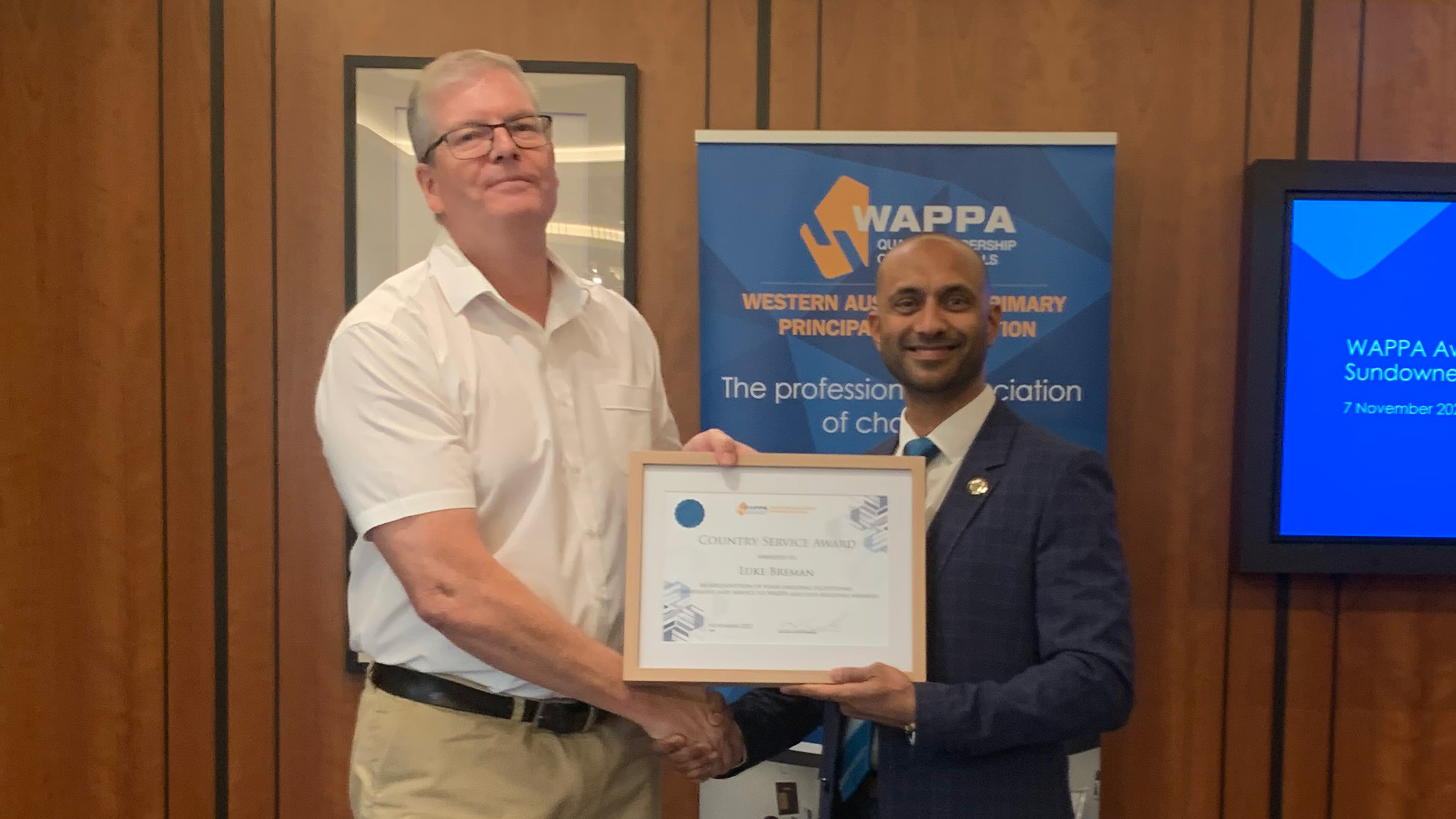 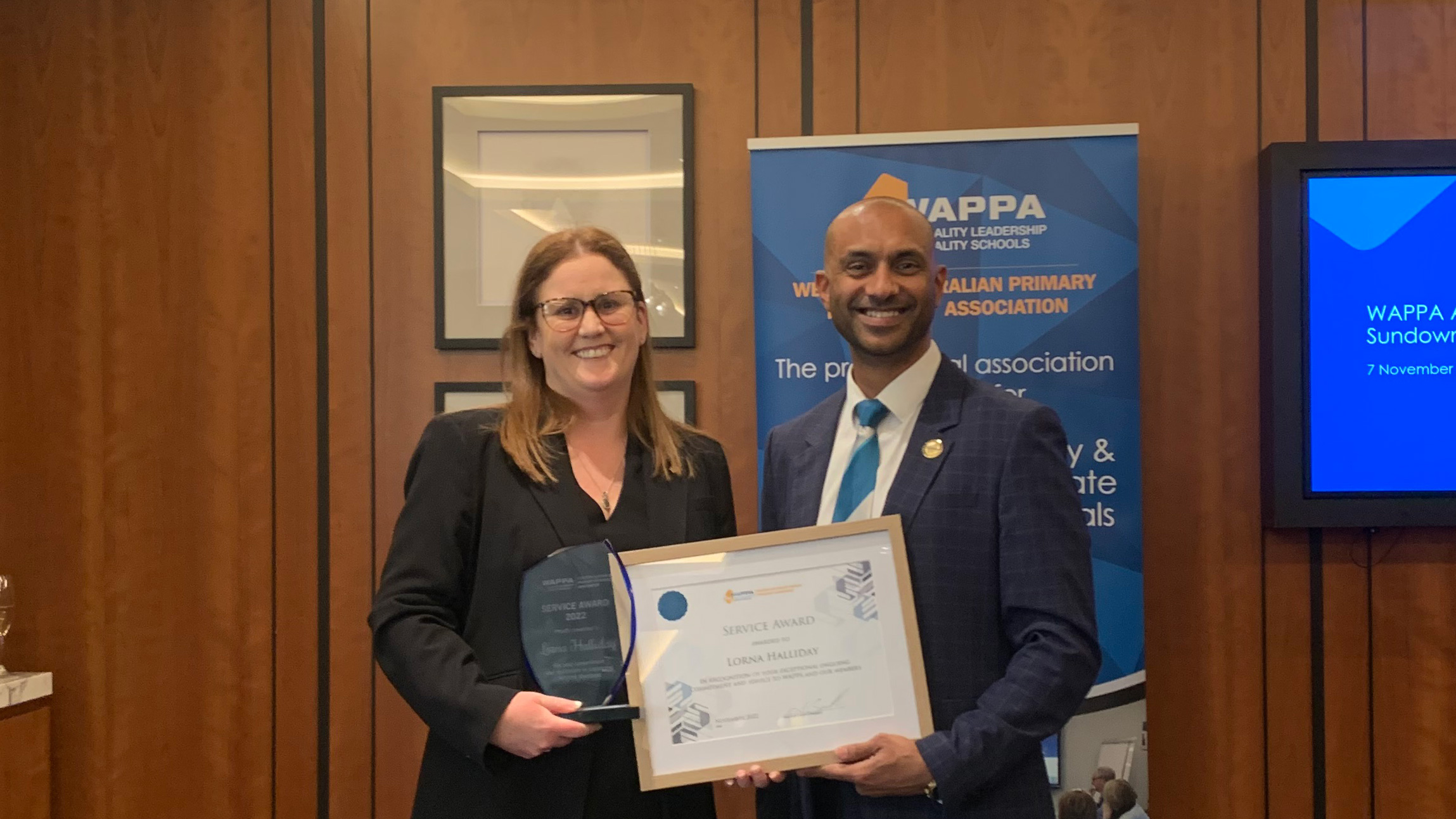 In closing out the celebrations, WAPPA acknowledged retirees for 2022. Ironically, whilst this year saw over 50 members retire, only a small number were on hand to receive their gift. The good news with these low numbers, is that many retirees are already travelling, having been locked up with closed borders for so long. In attendance were Deborah Jolliffe, Cheryl Lennox and Ian Anderson. Once the awards event was officially closed, members all stayed back to enjoy some collegiality, hospitality and wonderful views of the Perth skyline.